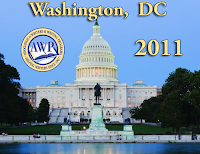 The Editors of New Issues Press will be at the AWP Conference in Washington DC next week. Come by the bookfair table to check out our new titles and chat to the Editors. Table A22.

Posted by New Issues Poetry & Prose at 1:35 PM No comments:

Winner of the 2011 Green Rose Prize

The Editors of New Issues Poetry and Prose are pleased to announce the winner of the 2011 Green Rose Prize: Corey Marks for his manuscript The Radio Tree. Corey wins a $2,000 award and publication of his manuscript in the spring of 2012.

Corey Marks’ Renunciation was a National Poetry Series selection published by the University of Illinois Press. His poems have appeared in New England Review, The Paris Review, Ploughshares, The Threepenny Review, TriQuarterly, The Virginia Quarterly Review, and in the anthology, Legitimate Dangers. He’s received a fellowship from the National Endowment for the Arts, the Natalie Ornish Prize from the Texas Institute of Letters, and the Bernard F. Conners Prize from The Paris Review. He holds a Ph.D. in creative writing and literature from University of Houston and an MFA in poetry from Warren Wilson. An associate professor and director of creative writing at University of North Texas, he lives in Denton with his wife, Amy, and their daughter, Madeleine.

Also accepted for publication:
The Frame Called Ruin by Hadara Bar-Nadav
to appear in the fall of 2012

The Green Rose Prize is awarded to an author who has previously published at least one full-length book of poems. Winners are chosen by the editors of New Issues Press. Guidelines are available on our website.

The Green Rose Prize in Poetry

2006: Noah Eli Gordon
A Fiddle Pulled from the Throat of a Sparrow

2004: Hugh Seidman
Somebody Stand Up and Sing

2001: Ruth Ellen Kocher
When the Moon Knows You're Wandering

Goldie Goldbloom's novel Toads’ Museum of Freaks and Wonders has won the 2011 GLCA New Writers Award for Fiction from the Great Lakes Colleges Association. Winning writers receive invitations to visit GLCA member colleges, where they give readings, meet and talk about writing with students and faculty members.


This novel includes stunning descriptions of place; it is interestingly grounded in the historical billeting of Italian soldiers in the Australian outback during the Second World War. Its characters are both quirky and well-grounded, and their many eccentricities make the novel both distinctive and compelling.

Toads' Museum of Freaks and Wonders is part of the AWP Award Series in the Novel, published by New Issues Press. Goldbloom's novel was selected for the series by Joanna Scott.

Posted by New Issues Poetry & Prose at 11:02 AM No comments:

Follow four friends as they move from The Brady Bunch to Seinfeld, from junior high to middle management. There is Quint, whose rebellion frays into self-destruction; Slow, who struggles to become the world's first teenage father figure; Chimes, who fears losing his friends while picking up a 7-10 split; and Barb who escapes the conformity of Minnisapa only to find herself returning by dark of night. You will feel as if you've always lived in Minnisapa, Minnesota. And you will never underestimate nice kids from the Midwest again.