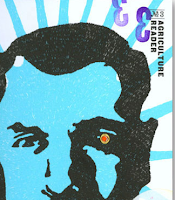 Admission is free. PLUS: Recession special deep discounts on the new issue. For a sneak preview of Issue 3, see our fancy new website: theagreader.com
Posted by New Issues Poetry & Prose at 8:27 AM No comments:

Patty Seyburn and Jericho Brown will be reading from their New Issues titles as part of Western Michigan University's Gwen Frostic Reading Series on Thursday April 2 at 8 p.m. in Little Theater.

Patty Seyburn’s third book of poems, Hilarity, won the 2008 Green Rose Prize given by New Issues Press. She has published two books of poems: Mechanical Cluster and Diasporadic, which won the 1997 Marianne Moore Poetry Prize and the American Library Association’s Notable Book Award for 2000. Seyburn grew up in Detroit, earned a BS and an MS in Journalism from Northwestern University, an MFA in Poetry from University of California, Irvine, and a Ph.D. in Poetry and Literature from the University of Houston. She is an Assistant Professor at California State University, Long Beach and co-editor of POOL: A Journal of Poetry, based in Los Angeles.

In a time when there’s little to laugh about, Patty Seyburn’s Hilarity is an epic punch line: sparkling and smart. —Carol Muske-Dukes

Jericho Brown is the author of Please, selected as a finalist for the Lambda Literary Award for Gay Poetry as well as the Thom Gunn Award for Gay Poetry. He worked as speechwriter for the Mayor of New Orleans before receiving his Ph.D. in Creative Writing and Literature from the University of Houston. He also holds an MFA from the University of New Orleans and a BA from Dillard University, and he has served as poetry editor at Gulf Coast: A Journal of Literature and Fine Arts. The recipient of a Cave Canem Fellowship, two scholarships to the Bread Loaf Writer’s Conference, and two travel fellowships to the Krakow Poetry Seminar in Poland, Brown is currently an Assistant Professor of English at the University of San Diego where he teaches creative writing.

PLEASE Named Finalist for a Lammy 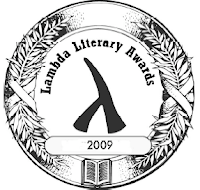 Jericho Brown's debut poetry collection Please has been named a finalist for the Lambda Literary Award for Gay Poetry.

The 21st Annual Lambda Literary Awards (Lammys) will take place on Thursday, May 28, 2009.

The Lammys recognize and honor the best in GLBT literature. The nominated books reflect a diverse range of distinguished voices from the GLBT community and highlight the full range of achievement in 2008 GLBT literature. Eighty judges, representing a broad cross-section of the GLBT literary world, will select a single book in each category to win the prestigious Lambda Literary Award, considered to be the highest accolade for a book from the GLBT community. Spanning 22 categories, 105 finalists are picked from 397 books representing 72 publishers.

Finalists in all categories are now listed on the Lambda Literary Foundation Website.
Posted by New Issues Poetry & Prose at 12:18 PM No comments:

The main event, An Evening with the Poets will take place at 7:00pm on Friday, March 20, and will feature three nationally known poets - Dorianne Laux, Tim Seibles, and Jon Pineda (Translator's Diary, New Issues 2008) - who will read from their works. Prince Books will sell the poets' books. 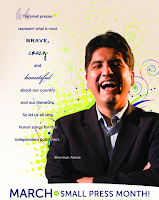 Jennifer Perrine, author of The Body is No Machine (New Issues, 2007) won the 2008 Ledge Poetry Award for “A Transparent Man Is Hard to Find.” She received $1,000, and her poem will be published in the Ledge.

Sandra Beasley's memoir Don't Kill the Birthday Girl: Tales from an Allergic Life was taken by Crown. Poet and American Scholar editor Beasley is the author of the poetry collection Theories of Falling (New Issues, 2008). Crown's pub date is late 2010.

Lewis Horton, a contributor to the Art of the One-Act anthology, just released his novel, The Writing Class, published by Aberdeen Bay Books.

Happy Small Press Month! If you're on the East Coast, take a trip to the city for two great poetry readings in New York City.

Please join us to celebrate the official Austin, TX, release of Scott Blackwood's We Agreed to Meet Just Here, Winner of the 2007 AWP Award for the Novel.

Sponsored by Barnes & Noble Booksellers and Live Oak Brewery. A portion of the sales from this special release party will be donated to the Austin Library Foundation.

View Larger Map
Posted by New Issues Poetry & Prose at 9:49 AM No comments: